Dr Tia Cummins is neuroscientist specializing in the long-term effects of traumatic brain injury and Post-Traumatic Stress Disorder in veterans. Tia completed her PhD at the Florey Institute of Neuroscience & Mental Health, University of Melbourne, where she studied the effects of TBI and PTSD on Alzheimer’s disease in Vietnam war veterans. With a background in psychology, and having served in the British Army Reserves for three years, Tia has a keen interest in military mental health and the consequences of military service on the ageing brain. In her spare time, Tia is an avid musician and has been playing drums since she was 13 years old. Her passion for neuroscience, partnered with her love for music resulted in Tia joining the Rewire team in 2017. 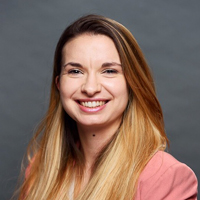