After graduating in 1962 from the Corona Academy of Dramatic Art in London. Hugh followed a career as an actor, performing many roles in theatre, films and television. In 1965 he had a worldwide number one hit, Concrete and Clay, as the drummer with pop group Unit 4+2.

Hugh returned to theatre in 1968, performing in repertoire at the Marlowe theatre, Canterbury, the Theatre Royal, Lincoln and The New Theatre, Bromley. In 1970, he joined Sadler’s Wells Opera Ballet and danced for two years with the company. In 1974, Hugh was offered the position of a resident Staff Director with English National Opera and during his seven years there worked on over sixty productions. In 1979 he choreographed Canterbury Tales in London’s West End.

Hugh was invited to Australia in 1980 to stage Rossini’s The Count Ory for Victoria State Opera and subsequently immigrated in 1982. Since then he has directed many productions for all the Australian state opera companies.

He has written a musical, Stardust, which has performed at the Arts Centre Melbourne and Her Majesty’s Theatre, Ballarat and is currently being reshaped for an animated TV special.

Hugh was associate director for the arena production of Carmen staged in Zurich, Berlin and Munich. He directed the world premiere production of Leonardo – A Portrait of Love at the Old Fire Station Theatre, Oxford; La Traviata for Opera New Zealand; a gigantic stadium production of Aida for Michael Edgley International in Singapore, Perth, Auckland and Brisbane. Hugh was also invited to direct La Boheme in a joint production with Auckland Opera, IMG and VSO in Auckland with Dame Kiri Te Kanawa as Mimi. He has directed 23 critically acclaimed productions for Melbourne Opera Company. He directed frequently for Singapore Lyric Opera, directed Faust and The Tales of Hoffmann for Canterbury Opera, Christchurch, NZ and has more recently directed four productions for Opera Australia in Sydney and Melbourne.

In 2017 Hugh will direct a new production of Aida for Opera Australia on Greenmount Beach on the Gold Coast.

Hugh also had a twenty year- long association (1985 – 2005) with the Victorian College of the Arts, School of Music as lecturer in Stagecraft, Drama and Movement for VCA Opera, for whom he also directed many main stage productions.

Hugh’s career has so far spanned over five decades and in that time he has been constantly working in every aspect of the live entertainment industry. Whether it be opera, music theatre, cabaret, special events, spectaculars and performances for children. He lives in Melbourne and is married to senior stage manager Annie Reid and he has five children and three grandchildren. 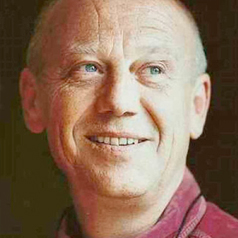