Throughout his life, Dan has written extensively, both in refereed scientific journals, and in audio magazines and trade journals such as Grammy, Billboard, Audio, and others. He was the person who broke the now-infamous Steely Dan remastering scandal in Billboard, and has interviewed numerous artists including Stevie Wonder, Joni Mitchell, Paul Simon, and kd lang.

He was an associate editor of the Billboard Encyclopedia of Record Producers, and edited Foundations of Cognitive Psychology: Core Readings (M.I.T. Press, 2002). He is the author of the #1 best-seller This Is Your Brain On Music (Dutton/Penguin, 2006). Daniel Levitin received his first tape recorder, a 7″ 3M open reel machine, when he was 4 years old. He soon began clandestine recordings of conversations between his parents. It was only through the loving intervention of his grandfather that the machine wasn’t confiscated, and as a condition of keeping it, the young Levitin switched from spoken word recordings to music recording.

His recording career came to an abrupt halt when, while experimenting with different sized capstan wheels at the age of 5 (effected by piling up multiple layers of electrical tape on the rubber bushing), the beloved and beleaguered workhorse 3M broke. He continued his recording activities and experiments with a series of open reel, cassette and 8-track recorders throughout grammar school, recorded the junior high school jazz band (of which he was the conductor and musical arranger) and made demo tapes for singer/songwriter friends while he attended high school in Los Angeles. On the advice of A&M Records staff engineer Larry Levine, Levitin postponed entry into a recording career to obtain a college education, and enrolled at M.I.T. Following an incident in which his stereo system caught fire in a dorm room while listening to “Abbey Road” at 110 dB, Levitin transferred to Stanford University, where he studied Music and Psychology. Just before his senior year, the music department informed him that it was impossible to major in saxophone. Not to be denied his musical destiny, he left school to become a record producer.

For ten years, Levitin worked as a session musician, commercial recording engineer, live sound engineer, and record producer for countless rock groups (including work with Santana, Narada Michael Walden, and The Grateful Dead), and also served as Director of A&R for 415/Columbia Records. A long time pursuer of interesting guitar tones, Levitin’s custom modified guitar amplifiers have provided guitar sounds for albums by Blue Öyster Cult, Joe Satriani, and Chris Isaak. Dan has been awarded 17 gold and platinum records. In 1990, he returned to college at Stanford, earning his B.A. in Cognitive Psychology and Cognitive Science, and lecturing on audio recording in the Music Department.  Dan went on to earn his Ph.D. in Psychology from the University of Oregon, researching Absolute Pitch in expert and non-expert populations.

Levitin has consulted on audio sound source separation for the U.S. Navy, and worked for two years at Paul Allen’s Interval Research Corporation, a Silicon Valley computer firm where he worked on issues in Human-Computer Interaction, and Applications of Cognitive Psychology. He taught at Stanford University for 10 years, as a Lecturer in the Departments of Music, Anthropology, History of Science, Computer Science (Program on Human-Computer Interaction), and Psychology. Currently, he is a James McGill Professor of Psychology, Behavioural Neuroscience, and Music at McGill University. He has consulted for several Internet music companies, and has been active in issues related to intellectual property rights and copyright in the digital music domain.

After his #1 best-seller book which was published in nineteen languages and spent more than one year on the New York Times Bestseller list. His second book, The World in Six Songs (Dutton/Penguin, 2008) hit the bestseller lists in its first week of release. His newest book is the #1 best-seller The Organized Mind: Thinking Straight in the Age of Information Overload (Dutton/Penguin 2014). 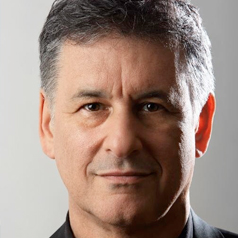