Clive’s musical background began in London, England where he grew up. His father c/o produced The Beatles first single in Hamburg, Germany and then went onto play keyboards in a band with Jimmy Page and chart topping band Unit 4 + 2 who had a number 1 record with ‘Concrete and Clay’.

Clive’s love of music led him into the music industry at an early age. In his late teens he was already working with international artists from the UK and America including ‘The Commodores’, ‘The Real Thing’, The Average White Band’, ‘Status Quo’ Bobby Womack, Mike Oldfield and ‘Imagination’ who had chart hits in 28 countries, earning themselves four platinum discs, nine gold discs and more than a dozen silver discs around the world between 1981 and 1983.

During the mid 80’s Clive was asked to work with Columbia’s new signing Terrence Trent D’arby who was releasing his debut album ‘Introducing the Hardline According to Terence Trent D’Arby’. Clive organised radio and press for the release and also promoted Terence’s very first concert. The album sold a million copies after it’s first three days of sale and was eventually certified 5 x Platinum worldwide.

In 1985 Clive was presented with the ‘1985 Signal Radio Music Industry Award’ for his involvement with several chart topping artists including Grammy Award winner Curtis Mayfield, The Communards and Tom Robinson to name but a few.

During his career Clive’s love of music grew to include Smooth Jazz, Soul, Rock and Classical. Clive says ‘Having been involved in the thick of the music Industry during it’s most inspirational and challenging times, it’s given me the respect, knowledge and taste for all genre’s of music and for that I am truly grateful.

Clive has read several books by Daniel Levitin and Oliver Sacks and has also researched why music and the human brain interact and why we emotionally attach to music we listen too.

Clive’s aim is to share his knowledge of the music industry including recording contracts, licensing, publishing and distribution with Rewire to help the company promote the health benefits of music and music therapy. 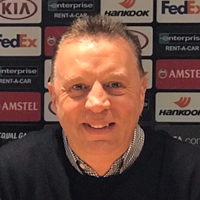